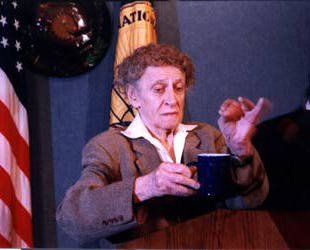 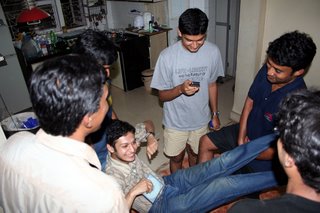 Anyone else willing to host or master a quiz, please let us know at our mailing list!
Posted by dhoomketu at 8:48 AM

Rohan seems to be enjoying the treatment he got in the end..

awww... missed it... just checked this blog... is there a mailing list or something where people don't forget to inform about quizzes?

There's a gougle groups sidebar on the blog. You can subscribe to that mailing list which, thanks to dhoomk2's stern and dretful warnings, is now solely devoted to notifications and arrangements for BQC quizzes.

hey if you guys are serious about wanting venues for hosting quizzes then get in touch raj.meta@gmail.com .
also pls leave a mail id or something . want to get in touch with you guys regarding setting quizzes at iitb.

whoever could guess that behind the seemingly harmless id of 'the saint' lies a sadistic rugby expert..and for the benefit of others the answer to that pic is marcel marceau..thot it would be cool to have a pic of his without the makeup.
the other qn was abt the phrase origin Tinsel Town...ill mail/post few other qns soon!

hi
i had left a msg sometime bck saying that i'd like to be a member, however, i dont get any updates about what is happening or any other details.
I waiting and wondering how to get more active.
are the any guidleline ?? Help!
Divya.
Divyapbajaj@gmail.com

Divya,
You have been added to the mailing list. Hope you have got the details for this week's quiz. We are quite a quiet bunch, and thus, only use the mailing list for fixing logistics for the quiz. Quiz is on Sunday.